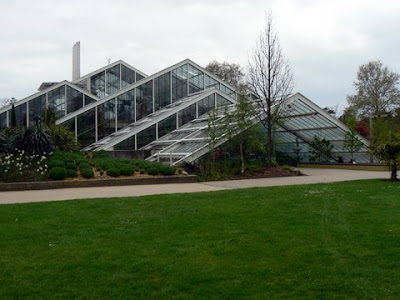 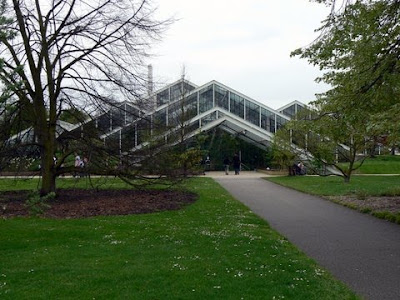 The vast Princess of Wales Conservatory recreates ten climatic zones under one roof. Beneath its sloping glass roof, visitors can wander among Madagascan baobob trees, observe climbing vanilla orchids from Central America and watch carnivorous plants from Asia eating flies for lunch.
Historical information
The Princess of Wales Conservatory was commissioned in 1982 to replace a group of 26 smaller buildings that were falling into disrepair. It was named after Princess Augusta, founder of Kew, and opened in 1987 by Diana, Princess of Wales.
It is the most complex conservatory at Kew, containing ten computer-controlled climatic zones under one roof. The two main climate zones are the ‘dry tropics’, representing the world’s warm, arid areas, and the ‘wet tropics’, housing moisture loving plants from ecosystems such as rainforests and mangrove swamps. The eight remaining microclimates include a seasonally dry zone containing desert and savanna plants, plus sections for carnivorous plants, ferns and orchids.
Whereas the Palm and Temperate Houses make grand statements with their designs, the low-lying, angular ‘glazed hill’ of the Princess of Wales house is less obtrusive. The conservatory was designed by architect Gordon Wilson to be energy-efficient and easy to maintain and was built partly underground. The southern end is heated more by the sun than the northern end, so this is where visitors find towering spikes of echiums and silver agaves from dry tropical regions such as the arid Canary Islands. The central area contains an elevated aquaria, complete with waterlily pond and the dangling roots of mangroves, plus displays of orchids and carnivorous plants. At the northern end are species from the moist tropics, including banana, pineapple, pepper and ginger.
Things to look out for
The pond within the aquaria section contains the Asian form of the giant waterlily Euryale ferox. This plant has huge leaves that can span two metres and are strong enough to take the weight of baby without sinking. On the lower level, there are viewing windows so visitors can see the pond from a fish’s eye view. Close by are separate tanks containing a rhombeus piranha, poison-dart tree frogs and baby water dragons. These displays demonstrate how plants and animals interact in their natural tropical rainforest habitats. Towards the northern end of the glasshouse, are some familiar houseplants originating from the wet tropics. These include the African violet (Saintpaulia) and Swiss cheese plant (Monstera deliciosa). Once a year, the Princess of Wales glasshouse hosts a festival celebrating the beauty of tropical orchids. Kew’s orchid collection numbers some 1500 species, and staff working its micropropagation laboratory are becoming adept at bringing rare species back from the brink of extinction.
Behind the scenes
Keeping the Princess of Wales Conservatory’s plants in good shape requires much hard graft behind the scenes. Manager of the glasshouse Mike Marsh and his team clean out the pools in Spring, develop outdoor displays such as the Mediterranean Garden in Summer, top up the glasshouse’s soil and replant beds in Autumn, and prune plants throughout the winter.
Nota: Outro exemplo notável de Estufa de Exibição, neste caso num novo e moderno edifício inaugurado em 1987. O Jardim Botânico de Kew tem actualmente quatro estufas de exibição, sendo duas históricas erguidas no séc. XIX e as restantes construídas recentemente, esta em 1997 e a última em 2006 (Alpine House).
Publicada por Amigos do Jardim Botânico à(s) 12:28