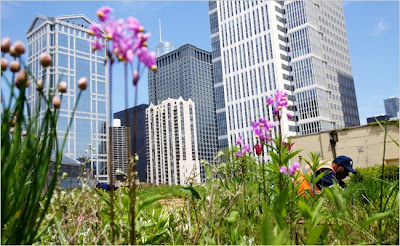 CHICAGO — The Windy City is preparing for a heat wave — a permanent one.
Climate scientists have told city planners that based on current trends, Chicago will feel more like Baton Rouge than a Northern metropolis before the end of this century.