«Wild side of the law» 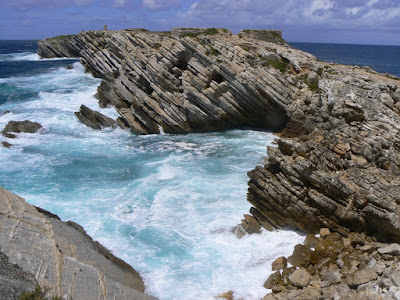 It may sound far-fetched, but a powerful tool to combat climate change is giving nature legal rights

If societies express their values through the laws they make, one single legal change would completely transform our understanding of the ­relationship between nature and humankind: giving nature rights. And that change would be our best weapon in fighting climate change because it would give nature a voice on how we regulate the earth.
The idea of "wild law" has been around since the 1960s, when writers questioned whether trees should have standing. But now enacting those ideas is a matter of our survival on this planet.
Laws that recognise the world as a legal person with rights and remedies that can be enforced nationally and internationally would create a duty of care towards the environment. It is strange that we have a duty of care towards our "neighbour", but that in law nature is not considered our neighbour. If we value the natural world we need for life, we can prove it by giving it and its components – rivers, forests, species, habitats, ecosystems – sufficient standing in law to enable proceedings to be brought on their behalf. Our legal system already does this for "non-­persons" such as companies, charities, clubs and others.
Give the sea rights, and overfishing would not be a matter of quotas set by governments but of balancing the rights of fish and humans. If the atmosphere could be a legal entity, its representative would have a say in carbon trading. A river with a right to flow continually being harmed by damming would require the courts to intervene in deciding whether the human need is greater than that of the river to subsist. This is not as far fetched as it sounds. It is entirely consistent with the 1982 UN World Charter for Nature, ratified by more than 150 UN members but lacking enforcement mechanisms to give it real teeth. It is the logical outcome of its 2002 successor, the Earth Charter.
Practically, how do we do this? Our courts could expand the definition of who our neighbour is to include nature and thus create a legal duty of care toward the earth. At EU level we then pass a declaration of nature's rights, which would, like the declaration of human rights, be implemented by each of the member states in an Earth Rights Act like our Human Rights Act. This would be enforced by our national courts and influence the regulators' decision-making.
Internationally, we need to refocus what is contained in the World Charter for Nature, which sets out "human duties towards the earth", and create "earth rights". Any declaration needs to be coupled with giving enforcement powers to our international institutions, otherwise the declaration will create positive debate but not be effective.
Language is a powerful tool, and we want to stop talking about the planet as a "resource". There has to be a better understanding of how humans affect the planet – so teach people where their plastic water bottle ends up and where their food comes from. We can also redefine the "public interest" to include the interest of nature.
Some would argue granting rights is only part of the solution, but it will cause the shift in thinking we require to decarbonise our society. As Wangari Maathai, winner of the 2004 Nobel peace prize, said: "The need to forge a new and healthier relationship between the human race and the planet that sustains us could not be more urgent." Let's not be known as the "age of stupid" but as the age that walked on the wild side of the law and brought radical change to the way we think about law and about nature to stave off the perfect storm.
in The Guardian, 4 de Maio de 2009
FOTO: Baleal, Portugal
Publicada por Amigos do Jardim Botânico à(s) 15:08