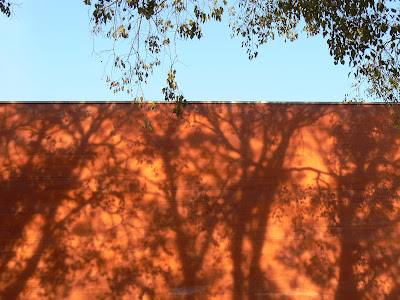 If science cannot control nature, maybe we should focus on changing how we live in it.

The big ecological disasters of 2010 fit into the ancient cosmological model, in which the universe is made up of four basic elements: AIR, volcanic ash clouds from Iceland immobilizing airline traffic over Europe; EARTH, mudslides and earthquakes in China; FIRE, rendering Moscow almost unlivable; WATER, the tsunami in Indonesia, floods displacing millions in Pakistan.

Such recourse to traditional wisdom offers no true insight into the mysteries of our wild Mother Nature’s whims, however. It’s a consolation device, really, allowing us to avoid the question we all want to ask: Will more events of such magnitude turn up on nature’s agenda for 2011?

In our disenchanted, post-religious, ultra-technological era, catastrophes can no longer be rendered meaningful as part of a natural cycle or as an expression of divine wrath. Ecological catastrophes — which we can view continually and close-up, thanks to our 24/7 plugged-in world — become the meaningless intrusions of a blind, destructive rage. It’s as if we are witnessing the end of nature.

Today we look to scientific experts to know all. But they do not, and therein lies the problem. Science has transformed itself into specialized knowledge, offering an inconsistent array of conflicting explanations called “expert opinions.” But if we blame the scientific-technological civilization for many of our difficulties, we cannot do without that same science to fix the damage — only scientists, after all, can “see” the ozone hole. Or, as a line from Wagner’s “Parsifal” puts it, “The wound can only be healed by the spear that made it.” There is no way back to pre-scientific holistic wisdom, to the world of Earth, Wind, Air and Fire.

While science can help us, it can’t do the whole job. Instead of looking to science to stop our world from ending, we need to look at ourselves and learn to imagine and create a new world. At least for those of us in the West, it’s difficult to accept being passive observers who must sit and watch as our fates are revealed.

Enter the perverse pleasure of premature martyrdom: “We offended Mother Nature, so we are getting what we deserve!” It’s deceptively reassuring to be ready to assume guilt for the threats to our environment. If we are guilty, then it all depends on us; we can save ourselves simply by changing our lives. We frantically and obsessively recycle old paper, buy organic food — whatever, just so we can be sure we are doing something, making our contribution.
But like the anthropomorphic universe, magically designed for man’s comfort, the so-called balance of nature, which humankind brutally destroys with its hubris, is a myth. Catastrophes are part of natural history. The fact that ash from a modest volcanic outburst in Iceland grounded most of the planes in Europe is a much-needed reminder of how we, humans, with our tremendous power over nature, are nothing but one of the living species on Earth, depending on the delicate balance of its elements.

So what might the future hold? One thing is clear: We should accustom ourselves to a much more nomadic way of life. Gradual or sudden change in our environment, about which science can do little more than offer a warning, may force unheard-of social and cultural transformations. Suppose a new volcanic eruption makes a place uninhabitable: Where will the inhabitants find a home? In the past, large population movements were spontaneous processes, full of suffering and loss of civilizations. Today, when weapons of mass destruction are available not only to states but even to local groups, humanity simply can’t afford a spontaneous population exchange.

What this means is that new forms of global cooperation, which do not depend on the market or on diplomatic negotiations, must be invented. Is this an impossible dream?

The impossible and the possible are simultaneously bursting into excess. In the realms of personal freedom and scientific technology, the impossible is more and more possible. We can entertain the prospect of enhancing our physical and psychic abilities; of manipulating our biological traits via interventions into the genome; of achieving the tech-gnostic dream of immortality by encoding our distinguishing traits and feeding the composite of our identities into a computer program.

When it comes to socioeconomic relations, however, we perceive our era as one of maturity, and thus acceptance. With the collapse of Communism, we abandoned the old millenarian utopian dreams and accepted the constraints of reality — that is, capitalist socioeconomic reality — with all its impossibilities. We cannot engage in large collective acts, which necessarily end in totalitarian terror. We cannot cling to the old welfare state, which makes us noncompetitive and leads to economic crisis. We cannot isolate ourselves from the global market.

For us, it’s easier to imagine the end of the world than serious social change. Witness the numerous blockbusters about global catastrophe and the conspicuous absence of films about alternate societies.

Maybe it’s time to reverse our concept of what is possible and what isn’t; maybe we should accept the impossibility of omnipotent immortality and consider the possibility of radical social change. If nature is no longer a stable order on which we can rely, then our society should also change if we want to survive in a nature that is no longer the good caring mother, but a pale and indifferent one.
Publicado na IHT Magazine, 2 Dezembro 2010