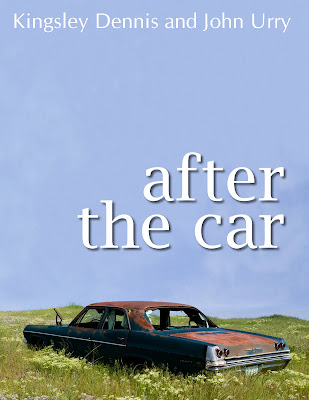 Dois docentes da Universidade de Lancaster, no Reino Unido, publicaram em Maio este interessante estudo sobre o fim da sociedade centrada no carro. Um livro que aconselhamos a todos os autarcas do nosso país!
It is difficult to imagine a world without the car, and yet that is exactly what Dennis and Urry set out to do in this provocative new book. They argue that the days of the car are numbered: powerful forces around the world are undermining the car system and will usher in a new transport system sometime in the next few decades. Specifically, the book examines how several major processes are shaping the future of how we travel, including:

The authors look at changes in technology, policy, economy and society, and make a convincing argument for a future where, by necessity, the present car system will be re-designed and re-engineered.
Yet the book also suggests that there are some hugely bleak dilemmas facing the twenty first century. The authors lay out what they consider to be possible 'post-car' future scenarios. These they describe as 'local sustainability', 'regional warlordism' and 'digital networks of control'.

After The Car will be of great interest to planners, policy makers, social scientists, futurologists, those working in industry, as well as general readers.

Some have described the 20th Century as the century of the car. Now that century has come to a close - and things are about to change.

Reviews
"One of the toughest things to do is to anticipate discontinuity, to envisage a world - a life - beyond the car. The authors practice this art of the impossible in a fascinating way, opening up the social and sociological imagination for alternative paths of modernization." Ulrich Beck, University of Munich

"A persuasive and readable summary of why motoring as we know it is doomed. The authors systematically chart the new technologies, oil shortages, environmental and other pressures changing the way we travel and the world we live in. If you want to know what the future might look like, this book is for you. Jeremy Clarkson is an endangered species!" Steven Joseph, Executive Director, Campaign for Better Transport

"After the Car is a useful contribution to the debate about the role of the car which poses some interesting questions about its future." Tony Bosworth, Friends of the Earth