EUROPA NOSTRA: «The 7 Most Endangered» 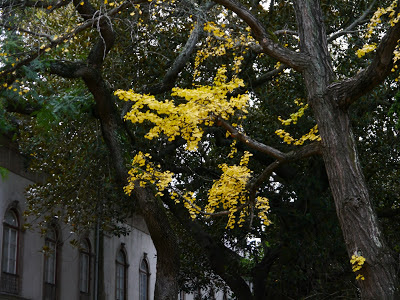 European Investment Bank (EIB) teams up with Europa Nostra to save Europe's Cultural Heritage
The Hague/Luxembourg, 24 January 2013 - Europe's leading heritage organisation Europa Nostra has launched today its new flagship programme ‘The 7 Most Endangered’ with the European Investment Bank Group, represented by the EIB Institute, as its founding partner. This programme will identify endangered monuments and sites in Europe and mobilize public and private partners on a local, national and European level to find a sustainable future for those sites.
“Cultural Heritage is Europe's greatest asset: our crude oil, our gold reserve. Our heritage is Europe's bread and butter, as much as it is Europe's heart and soul. Together with the European Investment Bank, Europa Nostra is proud to launch ‘The 7 Most Endangered’ programme. If we all work together, we can stimulate a true renaissance of Europe’s unique cultural heritage “ said Plácido Domingo, President Europa Nostra.
“The preservation of the cultural heritage in Europe is a huge task and without any doubt a common responsibility for all of us. The European Investment Bank is therefore pleased to be the founding partner of Europa Nostra’s new programme of “The 7 Most Endangered”. Its contribution to this project via the EIB Institute will be to provide analysis and advice on how funding could be obtained for the projects selected within this programme.” added Werner Hoyer, President of the European Investment Bank.
The first list of ‘The 7 Most Endangered’ will be announced during Europa Nostra’s 50th anniversary Congress in Athens on 16 June 2013. An international Advisory Panel will prepare the short list of 14 most endangered sites and the final list of 7 will be selected by the Europa Nostra Board. Nominations of most endangered sites can be made by Europa Nostra member or associate organisations or Europa Nostra’s country representations, the full list of which is available on the Europa Nostra website.  Deadline for the submission of nominations is 15 March 2013. (For the nomination form click here)
After the selection of ‘The 7 Most Endangered’, the experts selected by the EIB Institute and the other associated partners will visit each of the 7 sites in close consultation with local stakeholders and will propose realistic and sustainable action plans for saving those sites. The Council of Europe Development Bank (CEB) based in Paris will be one of the associated partners for this phase of the programme. The plans would include advice on how funding could be obtained, e.g. by drawing on EU funds or, in appropriate cases, on EIB or CEB loans. Europa Nostra’s extensive network  of heritage organisations will mobilise local communities and public or private bodies to strengthen the ownership and commitment for the 7 selected heritage sites in danger.
‘The 7 Most Endangered’ is inspired by a successful programme of the US National Trust for Historic Preservation, based in Washington. It will however go one crucial step further – it will not only identify a priority list of heritage sites in danger; it will also propose concrete rescue plans indicating what could and should be done to save those sites. Besides generating public interest and enthusiasm the programme will bring people together to create sustainable solutions through feasibility studies, technical advice, capacity and funding assistance, project management support and wide-scale publicity. In this way, ‘The 7 Most Endangered’ will work as a catalyst for action.
http://www.europanostra.org/7-most-endangered/
Press contacts:
EUROPA NOSTRA: Sneška Quaedvlieg-Mihailović, Secretary General, sqm@europanostra.org;
T: +31.70.302.40.56 M: +31.652313971
EIB and EIB Institute: Sabine Parisse, Deputy Head of Division, Press officer, T: +352 4379 83340,
M: +352.621.45.91.59 s.parisse@eib.org
Background information:
On Europa Nostra:
EUROPA NOSTRA - the Voice of Cultural Heritage in Europe - represents a rapidly growing citizens’ movement for the safeguarding of Europe’s cultural and natural heritage. It covers almost 50 countries in Europe and beyond. Together with its members, associates and partners, Europa Nostra forms an important lobby for cultural heritage in Europe. It also celebrates excellence through the European Heritage Awards organised in partnership with the European Union. Finally, Europa Nostra campaigns to save Europe’s endangered historic monuments, sites and cultural landscapes. Plácido Domingo, the world’s renowned opera singer, is the President of Europa Nostra.
www.europanostra.org
Publicada por Amigos do Jardim Botânico à(s) 10:22