Hortas Comunitárias: «Refuge from a painful past»

John is proud of the chard, beans and fennel he has nurtured in a corner of a north London community garden. For him, the plot is more than a pretty oasis: "It gives me a sense of belonging that I don't get anywhere else. . . . it helps me forget about the past." The 21-year-old, whose woolly hat slips back to reveal the two-inch scar on his forehead from the pistol-whipping he received in 2001, is an asylum seeker. He shares this patch of ground with nine men from Kenya, the Congo, Iran, Iraq and Russia, who are also seeking refugee status.
The Ugandan fled his home five years ago after his father was killed by a gang, who also attacked John and shot him in the leg. After arriving at Heathrow airport, John, then only 16, was abandoned by the guardian who was supposed to arrange a school and home for him. He had no family in the UK (his mother died 10 years earlier) and was mistrustful of people. Eventually he made contact with social services, who found him temporary accommodation. But he suffers from depression, aggravated by the uncertainty over his status, unable to work or claim the same benefits as refugees or British citizens. "It was hard being here; I thought of all these things I'd lost and I found it hard to cope."
But he says meeting fellow asylum seekers through the Room2Heal organisation, part of the Helen Bamber Foundation, which advises and supports refugees and victims of torture, has helped him: "It gives you a family feeling. There are things I can discuss with them that I couldn't with other people." Every Friday without fail John travels across London by bus from Crystal Palace to Islington's Culpeper community garden to tend the plot of land and, especially, to look after the small fir tree he planted in memory of his father.
Psychotherapist Mark Fish set up Room2Heal 18 months ago after working in northern Uganda, where he established a retreat for religious leaders. Alongside the gardening group, Fish also runs a group counselling session that allows the members, who are aged between 20 and 50, to share their problems. Fish says the idea for a plot of land in the garden was originally to provide a space for contemplation and relaxation but its significance has grown: "These people don't have homes. This bit of land is their own. One member told me proudly 'I'm a landlord'; when he said that, he looked radiant."
Culpeper, founded in 1982, has grown from a rubbish tip into an attractive site with ponds, rose pergolas and herb gardens. It is a serene sanctuary from the surrounding traffic and busy shopping area. Dependent on charitable grants for its funding, Culpeper is home to 50 plots tended by community groups such as Room2Heal, as well as children from a local primary school and nearby residents who do not have gardens. Looking after the patch is a communal effort carried out by two garden workers, a number of plot holders and the volunteers.
Community gardens have, in some form or other, existed since cities , although the movement gathered pace in Britain and the US at the end of the 19th century. Then areas were cultivated by local workers with the aim of providing free food and exercise. After the second world war, many gardens were built on, or became derelict sites.
Jeremy Iles, director of the Federation of City Farms and Community Gardens, to which Culpeper belongs, says such gardens are a good way of developing community cohesion: "They have an impact that is different to the services provided by local authorities . . . There's a social value far beyond just gardening."
Culpeper holds a number of activities for locals, including a pensioners' tea party, arts projects for children and Hallowe'en parties as well as plant sales. Fish observes that the plot helps members make connections with the community and shows locals that "asylum seekers are not the dark figures they're made out to be in the press".
Last year Room2Heal members built a path on their patch of garden to symbolise the journey they had been on. At first it was straight. But, after much discussion, they reset the paving stones in a wiggly line because it better represented their struggle. At the end of the path they plan to build a small bench and hope that people from neighbouring plots as well as visiting locals will sit in their patch.
Kate Bowen, a worker at Culpeper, believes Room2Heal is an asset to the garden: "They're friendly. . . they make an effort to be part of the community, especially with their offers of barbecued chicken and tea." John says he regularly gets horticultural tips from holders of neighbouring plots.
The number of community gardens has grown recently - membership of the federation has grown from 120 groups seven years ago to 360 now - which Iles attributes in part to the recognition of their social value. But it is also due to the growing interest in food miles, organic produce and healthier lifestyles.
Health is one of the reasons James, a 46-year-old Room2Heal member, who uses a walking stick after being injured in police detention in Kenya, likes to come to the garden. Working on the plot helps to keep him mobile - he does the planting jobs so he can kneel down. But the benefits are beyond physical: "I felt dead until I came into this group. If I feel down, it transforms me to come to the garden." in Financial Times, 26 de Abril de 2008
http://www.culpeper.org.uk/
Publicada por Amigos do Jardim Botânico à(s) 23:58 1 comentário: 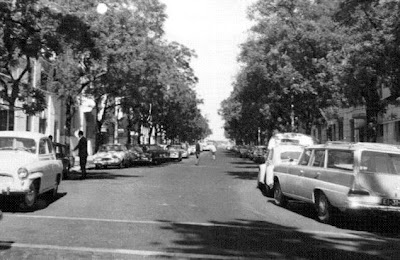 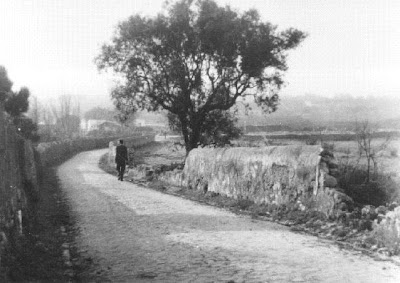 Dia Mundial do Livro: The man who planted trees 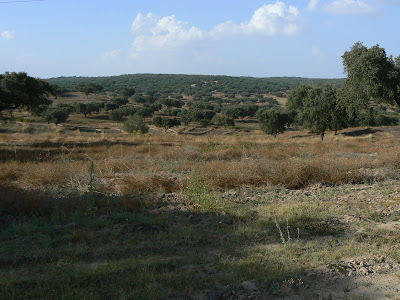 «The shepherd went to fetch a small sack and poured out a heap of acorns on the table. He began to inspect them, one by one, with great concentration, separating the good from the bad. (…) When he had set aside a large enough pile of good acorns he counted them out by tens, meanwhile eliminating the small ones or those which were slightly cracked, for now he examined them more closely. When he had thus selected one hundred perfect acorns he stopped and we went to bed.
There was peace in being with this man. The next day I asked if I might rest here for a day. He found it quite natural – or, to be more exact, he gave me the impression that nothing could startle him. The rest was not absolutely necessary, but I was interested and wished to know more about him. He opened the pen and led his flock to pasture. Before leaving, he plunged his sack of carefully selected and counted acorns into a pail of water.
I noticed that he carried for a stick an iron rod as thick as my thumb and about a yard and a half long. Resting myself by walking, I followed a path parallel to his. His pasture was I a valley. He left the dog in charge of the little flock and climbed toward where I stood. I was afraid that he was about to rebuke me for my indiscretion, but it was not that at all: this was the way he was going, and he invited me to go along if I had nothing better to do. He climbed to the top of the ridge, about a hundred yards away.
There he began thrusting his iron rod into the earth, making a hole in which he planted an acorn; then he refilled the hole. He was planting oak trees. I asked him if the land belonged to him. He answered no. Did he know whose it was? He did not. He supposed it was community property, or perhaps belonged to people who cared nothing about it. He was not interested I finding out whose it was. He planted his hundred acorns with the greatest care.
After the midday meal he resumed his planting. I suppose I must have been fairly insistent in my questioning, for he answered me. For three years he had been planting trees in this wilderness. He had planted one hundred thousand. Of the hundred thousand, twenty thousand had sprouted. Of the twenty thousand he still expected to lose about half, to rodents or to the unpredictable designs of Providence. There remained ten thousand oak trees to grow where nothing had grown before.»
The Man Who Planted Trees, Jean Giono, 1954
FOTO: Montado de Quercus suber, Évora.
Publicada por Amigos do Jardim Botânico à(s) 10:00 Sem comentários: 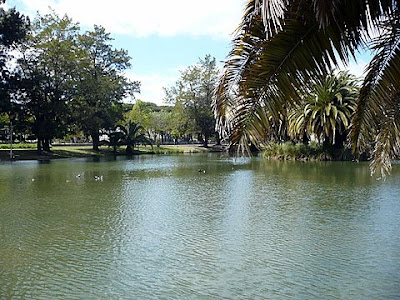 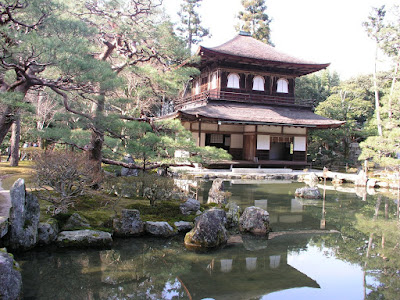 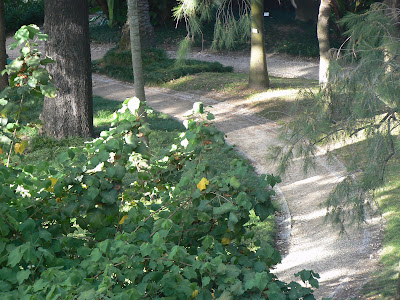 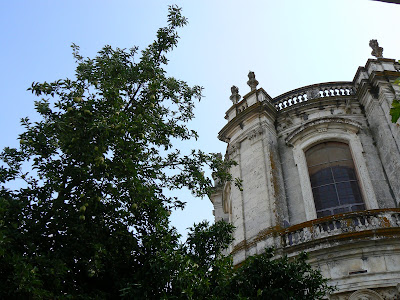 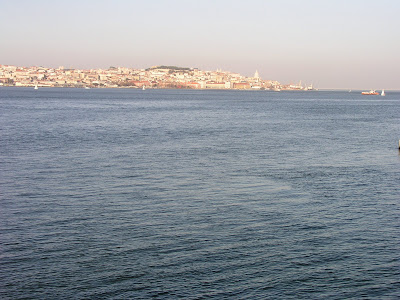 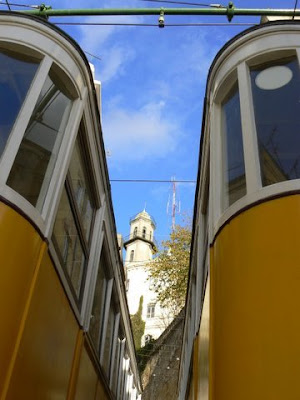 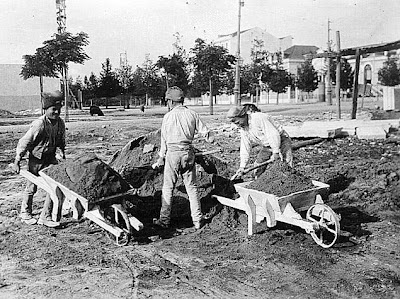 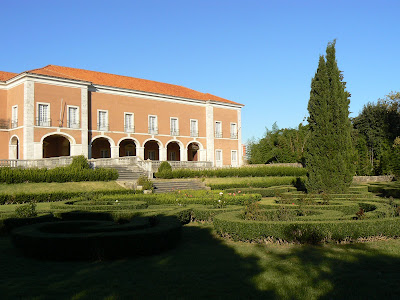 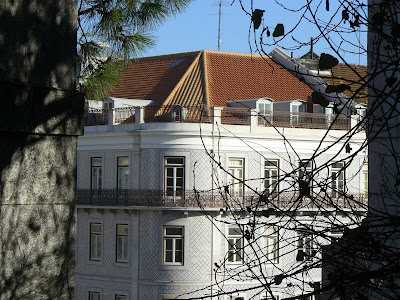 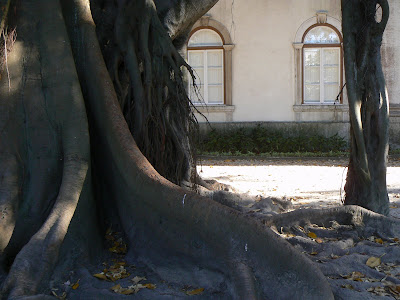 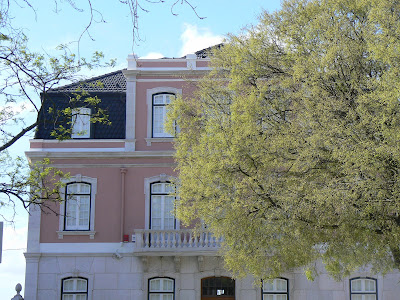 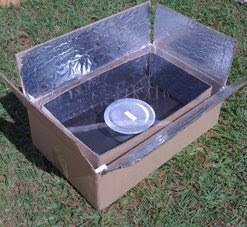 «A solar-powered cardboard cooker will on Thursday be announced the winner of a $75,000 competition to tackle climate change.
The Kyoto Box uses the sun’s rays to cook food and boil water. It is targeted at the 3bn people who currently use firewood. The box costs just $5 (£3.40) to make and will be given away free.
Jon Bøhmer, the cooker’s inventor, said: “It’s a great feeling. The prize is just what’s needed to get this project off the ground. There’s only so much I can do on my own.” The FT Climate Change Challenge sought to find and publicise the most innovative and scalable solution to the effects of climate change.
Sponsored by Hewlett Packard, the technology company, the competition was organised by Forum for the Future, a sustainable development charity, and the Financial Times. Sir Richard Branson and Dr Rajendra Pachauri, a Nobel prize winner, were among the judges, who chose the winner in conjunction with a public vote.
That public support helped the Kyoto Box beat nearly 300 entries to win the competition. The cooker consists of two cardboard boxes, one inside the other, with a clear acrylic cover on top that lets in and traps heat from the sun, and acts as a hob. Black paint, foil and insulation work together to raise the temperature high enough to boil water. The box is appealing because of its sheer simplicity. “There are too few people looking at simple research,” said Mr Bøhmer. “We need the basic stuff too.” The box is so easy to make that it can be produced in existing cardboard factories. A more robust version has been developed in corrugated plastic, which costs the same and is ready for testing across 10 countries.
By replacing firewood, the cooker could save up to two tonnes of carbon emissions per family per year. Mr Bøhmer hopes the box will be eligible for carbon credits, hence the name Kyoto box, making a yearly profit of €20-€30 (£18-£27) per stove, which would enable further expansion and easily cover the cost of replacing the cooker after five years.
The stove also aims to save lives: it can boil 10 litres of water in two hours, destroying the germs that kill millions of children each year.» in Financial Times, 8-4-2009
Publicada por Amigos do Jardim Botânico à(s) 00:32 Sem comentários: 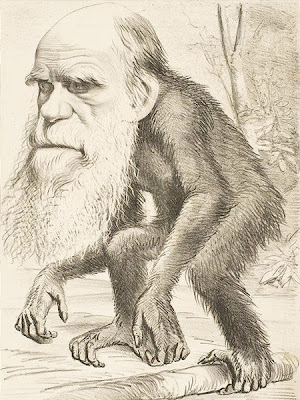 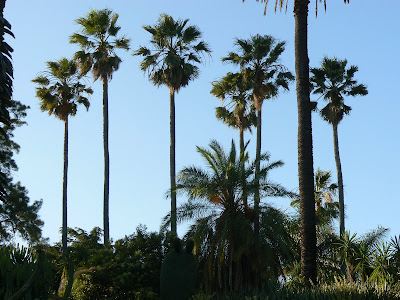 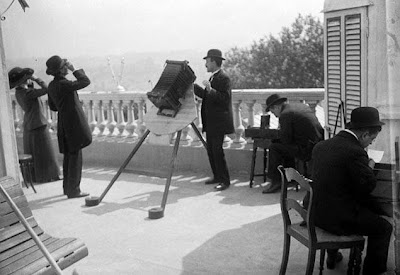 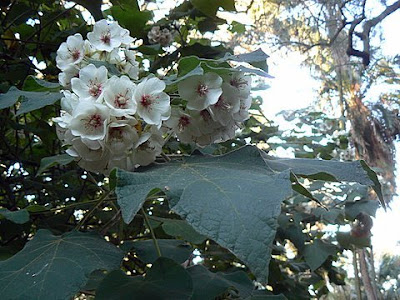 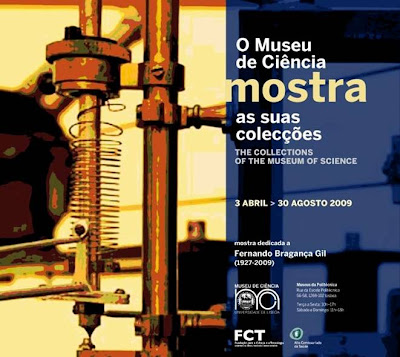 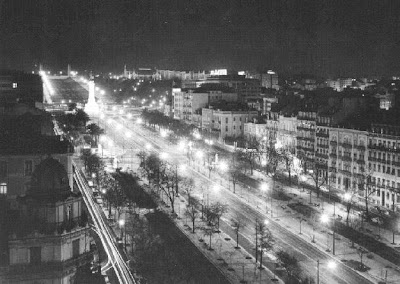 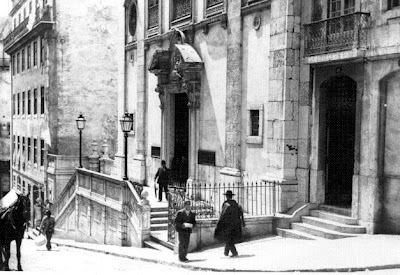 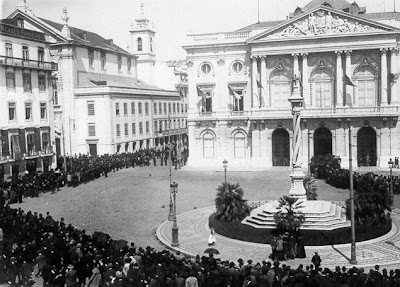 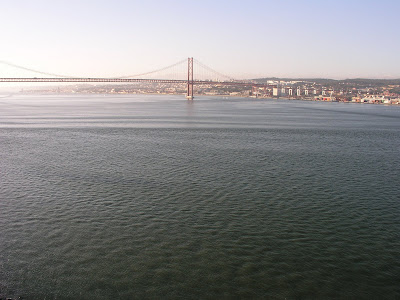