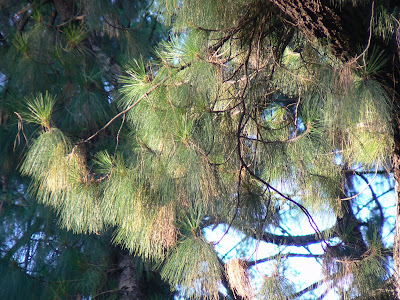 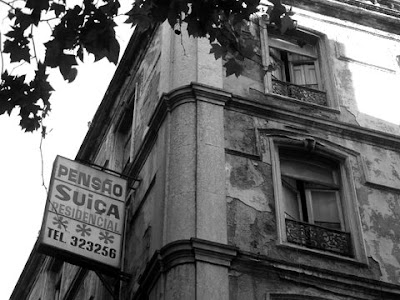 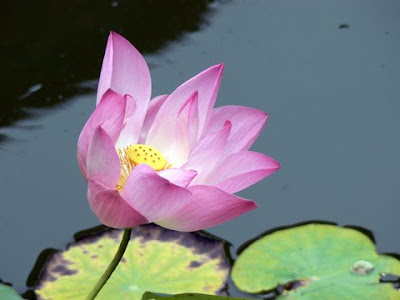 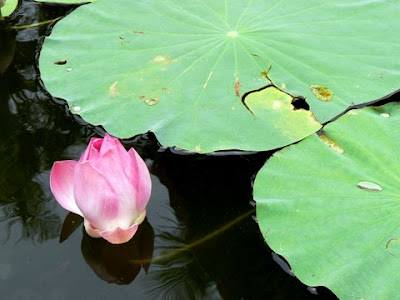 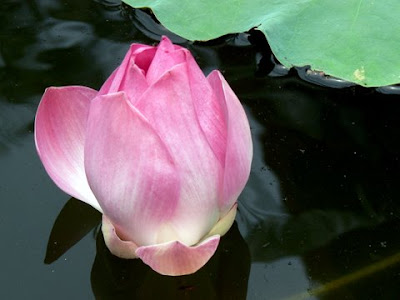 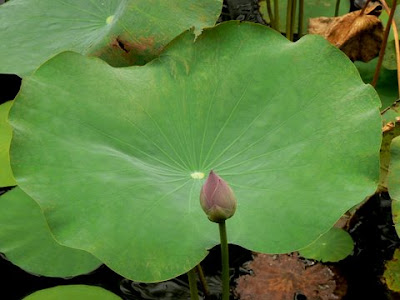 It is in the nature of the trees
to grow up into a forest
And to be twisted, or straight.
As to the inhabitants of a kingdom
which is protected by a good sovereign,
some of them are just and honest
and some of them are stupid and vile.

All kinds of animals,
ferocious or cruel,
One could force and command them
But for ferocious, stupid and abusive people
The sage tells us to turn away
And to distance ourselves from them. 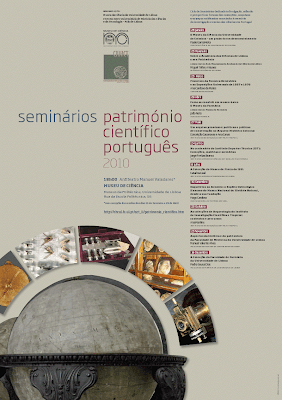 Conferência: Geobiology, bridging Earth and Life - present and past 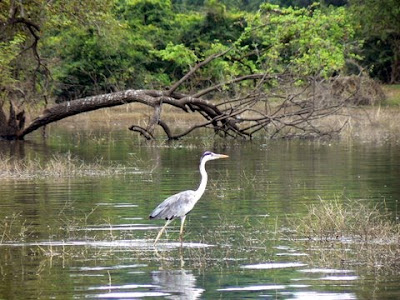 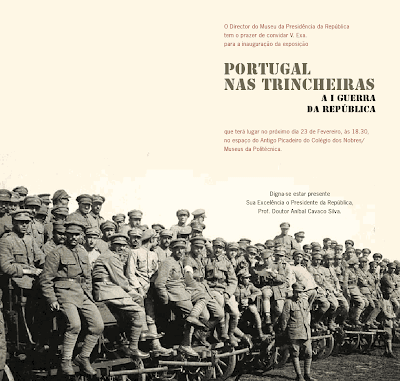 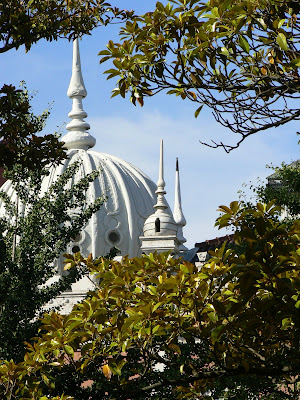 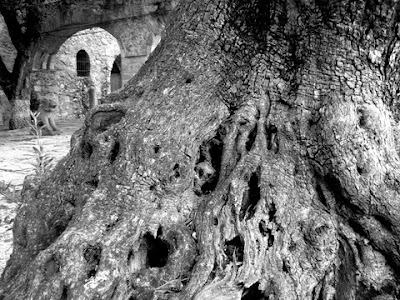 As Árvores e a Cidade: Palmeira no Miradouro das Portas do Sol 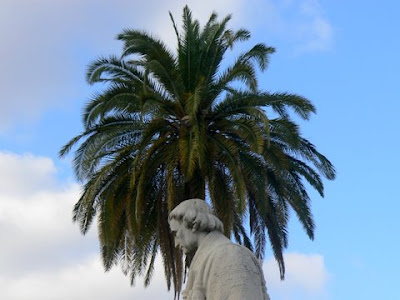 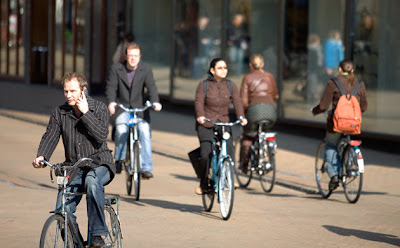 "You receive your first bicycle, a three-wheeler, when you are four years old," says Van der Klaauw [City traffic planner], "and by the age of six, you move on to two wheels, and you never really look back. Almost all children travel to school by bicycle. After that, we are conditioned for life."

While Amesterdam throngs with bikes, it also still suffers from gridlocked traffic, unnecessary SUVs and high pollution, something its northeastern neighbour became adamant it wouldn't allow to happen. It took proactive action a full three decades ago and is now reaping the results."

"Groningen is the way it is today because of particularly forward-thinking town planners in the 1970's, says Peter van der Wall, a government-sponsored mobility manager, whose job it is to tempt people away from cars by informing them of certain tax breaks on offer to cyclists (those who cycle to work get to replace their old bikes every three years with a 30% discount, plus free theft insurance) as well as the health-prmoting properties of two wheels over four. "It was 1977 when we decided that we would need to revolutionise the city and save it from permanent congestion by closing the centre to all car use. it made the national news, there was a big drama over it, and a lot of opposition, but the planners insisted that a town this size simply wouldn't be able to cope with a massive growth in motor cars."

Coca-Cola Co., under fire from environmentalists for using plastic bottles, has introduced a new packaging material made partly from plants. The container has "the same weight, the same feel, the same chemistry, and functions exactly the same way" as a regular plastic bottle, a Coke spokeswoman says.
Coke isn't the only beverage concern trying to reduce its carbon footprint. Rival PepsiCo Inc. has introduced a compostable bag made from plants for its SunChips snacks. But Coke is the world's biggest drink maker, and Coke Chairman and Chief Executive Muhtar Kent calls the new container, which uses material derived from sugar cane, "the first generation of the bottle of the future."
Coke touted its "plantbottle" at the Climate Change Summit in Copenhagen last month, and it plans another push next month at the Winter Olympics in Vancouver, where all the sodas and water it provides will be packaged in the plantbottle. "Preliminary research" shows the new container leaves a smaller carbon footprint than regular plastic bottles, Coke says.
Traditional plastic bottles are made from polyethylene terephthalate, commonly known as PET, which is derived from petroleum, a nonrenewable resource. In 2006, production of plastic bottles for U.S. beverage consumption required the equivalent of more than 17 million barrels of oil, according to the Pacific Institute, a California-based environmental think tank.
The new plant-based bottle developed by Coke is composed of 70% petroleum-based and 30% sugar-cane-based materials. The cane is crushed and mashed to produce juice, which is then fermented and distilled, producing ethanol. That ethanol is then converted through a series of chemical processes such as oxidation to a mono-ethylene glycol—a component normally derived from petroleum for use in plastic bottles. The MEG is then mixed with terephthalic acid to create PET plastic.
Coke began selling its flagship Coca-Cola, Coca-Cola Light and Coke Zero in the new bottles in Denmark in time for the United Nations Climate Change summit. With the Vancouver 2010 Winter Olympic Games just a few weeks away, the company has introduced plantbottles containing its Dasani water in the U.S. Pacific Northwest and Western Canada. Coke says it aims to sell two billion drinks in plantbottles globally by the end of 2010.
Coke also commissioned and funded an Imperial College London analysis that compared the "life cycle" of the new bottle to a regular plastic bottle to see if the impact on the environment was different, says Scott Vitters, the company's director of sustainable packaging. He says the study found that production of the plantbottle leaves a 12%-to-19% smaller carbon footprint than production of a regular plastic bottle. The company is awaiting third-party verification of the findings from the Institute for Energy and Environmental Research in Germany, he adds.
Environmental groups say the Coke bottle now being introduced is a slight improvement over regular PET bottles, but they say it won't solve a bigger problem with plastic bottles: the fact that most consumers don't recycle them.
A mere 27% of PET containers were recycled in the U.S. in 2008, according to the National Association for PET Container Resources. The new bottle is "definitely positive, but no, this doesn't make me jump up and down with joy," says Susan Collins, executive director of the Container Recycling Institute, who wishes the beverage makers would also use recycled content.
And some competitors question Coke's assessment of the plantbottle's environmental footprint. "It's an admirable first step that Coke is taking," says Andrius Dapkus, director of innovations and renovations for Nestlé Waters North America Inc., a Nestlé SA unit that markets the bottled-water brands Poland Spring, Deer Park and others. "But as it stands today, we still don't know whether a plantbottle's environmental footprint is better, worse or the same" as that of an oil-derived bottle.
Instead of changing ingredients, Nestlé is continuing to reduce the amount of plastic in its bottles, a strategy known as "lightweighting" that Coke and PepsiCo also use. In the spring, Nestlé plans to introduce a new, lighter version of its Eco-Shape bottle that uses 9.3 grams of PET, 25% less than its most recent version.
PepsiCo's new 10.5-ounce SunChips bag is 33% polylactic acid, which is derived from corn. The company's bags will be 90% plant-based by Earth Day on April 22, says Robert Lewis, a PepsiCo vice president who works on new packaging. PepsiCo is looking into expanding its plant-based containers beyond bags, Mr. Lewis adds, but he calls such bottles a "very complex puzzle."
Plant-based bottles can pose hurdles, beverage-industry experts acknowledge. The bottles often have a shorter shelf life than PET bottles, and they don't hold carbonation as long, says Wade Groetsch, president of Blue Lake Citrus LLC, a Winter Haven, Fla.-based juice processor, who says he supports Coke's environmental push.
Mr. Groetsch's company uses plastic containers that are 100% polylactic acid, derived from corn, for its organic Noble Juices drinks. "It just doesn't keep the product protected the same way that the current bottles do," he says. "It's definitely a tradeoff."
Indeed, Coca-Cola has created a 100% plant-based bottle in its labs, Coke's Mr. Vitters says. "We're just trying to figure out how to make it in a way that's commercially viable."
Corrections & Amplifications
In 2006, producing plastic water bottles for U.S. consumption required the equivalent of more than 17 million barrels of oil, not including the energy for transportation, according to the Pacific Institute, a California-based environmental think tank. A previous version of this article incorrectly stated that producing plastic bottles for U.S. beverage consumption required the equivalent of 17 million barrels of oil.
in Wall Sreet Journal, 24 de Janeiro de 2010
http://online.wsj.com/
Publicada por Amigos do Jardim Botânico à(s) 20:58 Sem comentários: 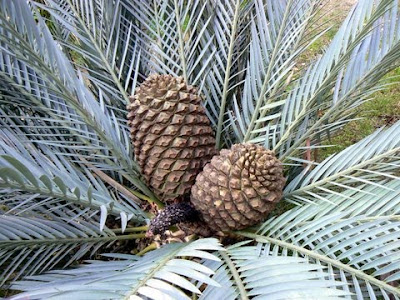 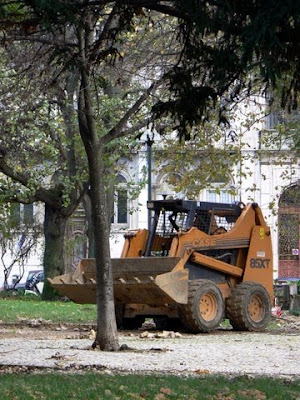