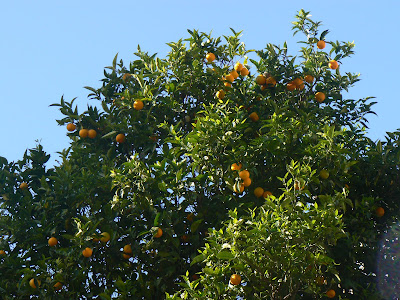 Forget country meadows, the window boxes and flowerbeds of major cities are where French bees are happiest – and most productive. As the number of bees in France has dropped, the ­national union of apiculturists has encouraged people to start keeping bees in cities. Hives are now kept on the roofs of government buildings, cultural institutions and company headquarters in Paris, Marseille, Montpellier and Lille.

"it's a paradox but we realised by bringing them into the city, bees thrived," says Félix Gil, an apiculturist and president of the Paris section of the national beekeeping organisation. "In the countryside they were hindered by pesticides and genetically modified crops."
Cities, however, have fewer pesticides and more flowers. According to Gil, the trend is having an unforeseen effect on the age-old profession. "All our apiculture schools are full with two-year waiting list to get in." But for most city-dewellers it's just made "miel béton" (concrete honey) the hotest thing to have in the larder.
The bee list:
1-Urban production: A country beehive can produce up to 25kg of honey a year. In the city, production can be up to 80kg.
2-Gimme hive: There are approximately 300 registered beehives in Paris. The most expensive honey (15 euros for 125kg) is from the hives on the roof of the Paris Opéra.
3-Keepers of the faith: Between 1995 and 2008, the number of beekeeepers in France fell from 85,000 to fewer than 70,000.
4-The buzziest: Turkey is the largest producer of honey in Europe. Germany eats the most.
in MONOCLE, Fevereiro 2010, pág 46.
Foto: logradouro no Chiado com citrinos, cujas flores são muito apreciadas pelas abelhas e outros insectos nectaríferos numa altura de fracos recursos.
Publicada por Amigos do Jardim Botânico à(s) 13:08